Threats to international peace and security caused by terrorist acts”

Statement by the President of the Security Council

At the 6526th meeting of the Security Council, held on 2 May 2011, in connection with the Council's consideration of the item entitled “Threats to international peace and security caused by terrorist acts”, the President of
the Security Council made the following statement on behalf of the Council: 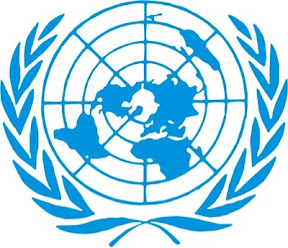 “The Security Council recalls its resolutions regarding Osama Bin Laden, and its condemnation of the Al-Qaida network and other associated terrorist groups for the multiple criminal terrorist acts aimed at causing the deaths of numerous innocent civilians and the destruction of property. “The Security Council also recalls the heinous terrorist attacks which took place on 11 September 2001 in New York, Washington, D.C., and Pennsylvania and the other numerous attacks perpetrated by the network throughout the world. “In this regard, the Security Council welcomes the news on 1 May 2011 that Osama bin Laden will never again be able to perpetrate such acts of terrorism, and reaffirms that terrorism cannot and should not be associated with any religion, nationality, civilization or group.

“The Security Council further reaffirms its call on all States to work together urgently to bring to justice the perpetrators, organizers and sponsors of terrorist attacks and its determination that those responsible for aiding, supporting or harbouring the perpetrators, organizers and sponsors of these acts will be held accountable.

“The Security Council reaffirms that Member States must ensure that any measures taken to combat terrorism comply with all their obligations under international law, in particular international human rights, refugee and humanitarian law.

“The Security Council stresses that no cause or grievance can justify the murder of innocent people and that terrorism will not be defeated by military force, law enforcement measures, and intelligence operations alone, and can only be defeated by a sustained and comprehensive approach involving the active participation and collaboration of all States and relevant international and regional organizations and civil society to address the conditions conducive to the spread of terrorism and to impede, impair, isolate and incapacitate the terrorist threat.” More >>>