Economic Revival Requires a Revival of our National Community 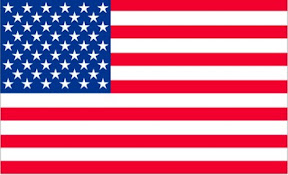 New York - As the nation's debt deadline approaches, and the political and media gamesmanship in our nation's capital increases in intensity, I find myself thinking more and more about community. The value with which we hold each other, and our relationship to those with whom we share our living space. The political parties blame each other for the stubborn persistence of unemployment, now over 9% officially and over 16% when we count those who have given up on the job market or are underemployed.

The Republicans blame the declining economy on over-taxation. The Democrats blame job loss on Republican resistance to additional stimulus. Twice this year the Republicans have been willing to "play chicken" with the President and the nation's well being: first over the budget by threatening a government shutdown, and now by holding the entire economy hostage while threatening to default on our debt. Ideology is dominating debates that should be settled by data, not wishful thinking. People in America need work. Our community has work that needs to be done. It's time to close that loop.

The creation of a global economy and communication network has placed the American economy and our society in uncharted territory. We do not really understand the complex economic, political, ecological, social and cultural forces that drive the world economy. We don't really know the answers to the problems we face. Like FDR during the New Deal we need to pragmatically experiment. We need to learn what works and what doesn't. What collective community responses are needed? What private entrepreneurial forces need to be unleashed? In March of 1933, as FDR assumed the Presidency in the depths of the Great Depression, some of his speeches and articles were collected in a book entitled Looking Forward. At the dawn of the New Deal, Roosevelt wrote:
"The country needs and, unless I mistake its temper, the country demands bold, persistent experimentation. It is common sense to take a method and try it; if it fails, admit it frankly and try another. But above all, try something." Franklin D. Roosevelt, Looking Forward, chapter 2, p. 51 (1933). More >>>

Going forward into this century all states need to have all political parties work together for the benefit of their country and people. To deal with the perfect storm that we are faced with, climate change, sea level rise, energy shortages, and a rapidly rising population it is imperative that political stalemate becomes a thing of the past. Editor