It's all speculation over the future of the commodities market. But Goldman Sachs is predicting a significant upturn. 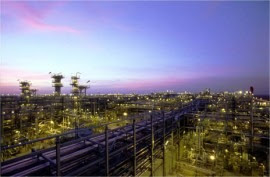 And they're particularly bullish when it comes to crude oil. According to Goldman Sachs, Brent crude oil prices could be as high as $120 at the end of 2011 and $140 at the end of 2012. The global economy, they believe, is on the rise, despite the Japanese earthquake and the high oil prices. A rise in demand will push up commodity prices. And Goldman Sachs believes this will be fueled by the fact that Saudi Arabia won't be able to meet oil demand.

Despite claims by analysts and even OPEC that Saudi Arabia will be able to increase output to meet growing market demand, Goldman believes that the Saudis have reached their peak oil output. This stems from 2008 when oil surpassed $100 a barrel. This was plenty of reason to boost market supply, but Saudi Arabia hit its peak at 9.5 million barrels a day. Now, despite claims that Saudi Arabia has the potential for a 12 million barrel-a-day capacity, Goldman estimates a supply shortage. US natural gas, gold futures and copper prices (due to China demand) could also see a significant increase. The solution? Go long on commodities - crude oil, copper, zinc, gold - or even soybeans.

- Over time, it is increasingly getting obvious that Saudi Arabia is going through the process of peak oil production and eventual decline. And as peak oil author Matt Simmons had said, "as Saudia Arabia goes, so goes the world". The first alarm bells started ringing as early as 2005 when it was first discovered that apparently the Saudi's could be having problems keeping up production of light sweet crude oil which is the more desired grade of oil. In the years after that, the peakoiler community watched as Saudi's answer to keeping up their oil production was done instead with heavy, sour crude oil. We knew that was it, back then, and waited for the time when even the heavy, sour stuff would start to peter out, and then it would actually be Global Peak Oil, for all intents and purposes. More >>>