Today marks the release of a new NRDC report called Thirsty for Answers: Preparing for the Water-related Impacts of Climate Change in American Cities. 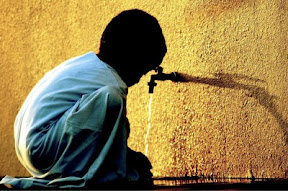 The report makes clear that some of the most profound effects of climate change are water-related, like sea level rise, increased rain and storms, flooding, and drought. These changes affect the water we drink, fish, and swim in, as well as impact our infrastructure and the economy.

One need only look as far as the recent deadly flooding and severe storms in the Midwest, or to the impacts of the prolonged drought across the South, to understand the profound effects of water, or a lack thereof. Whether any specific weather event, like the flooding in the Midwest, reflects the impacts of climate change or not, the research compiled in our report makes clear that these kinds of events are likely to increase in the coming years as a result of climate change.

In our report, we compiled local and regional research findings about the water-related impacts of climate change in 12 U.S. cities (chosen for their geographic diversity and range in size, in order to provide a snapshot of the varied national picture): New York, Boston, Norfolk (Virginia), Miami, New Orleans, Chicago, St. Louis, Seattle, San Francisco, Los Angeles, Phoenix, and Homer (Alaska). We also analyzed what many of these municipalities are doing in terms of preparedness planning, and offer their solutions as examples for other communities to emulate.

A brief rundown of the types of changes and impacts detailed in the report include:

Rising Seas: Most of the coastal cities in the report are facing threats from sea level rise, including coastal flooding and storm surges. Miami ranks number one worldwide in terms of assets exposed to coastal flooding, and the Norfolk-Virginia Beach metropolitan area ranks tenth, according to the Organization for Economic Cooperation and Development (OECD). Rising seas threaten to decimate the protective wetlands surrounding New Orleans and inundate a large portion of the Florida Keys.

Increased Storms and Flooding: The Midwest and East Coast are at the highest risk for more frequent and intense storms. The frequency of very heavy rainfall in Chicago, for example, is expected to increase by 50 percent in the next 30 years. More frequent and intense rainfall contributes to the type of flooding recently seen along the Mississippi River, and combined sewer overflows that send untreated sewage and stormwater into the Chicago River and Lake Michigan.

Water Supply Impacts: Rising seas are likely to cause increased saltwater intrusion into freshwater supplies, including drinking water for millions of Americans, especially in Miami and the San Francisco Bay area. In the West, rising temperatures, less rain, and decreased snowpack will create challenges for maintaining a sufficient water supply. For example, a large decline in the spring snowpack in the watersheds that supply water to Seattle is projected over the next two decades. More >>>