Forget wind power and extra efficient lightbulbs — trees are an incredibly effective climate change weapon given the amount of greenhouse gases they absorb, according to a new study in the journal Science. 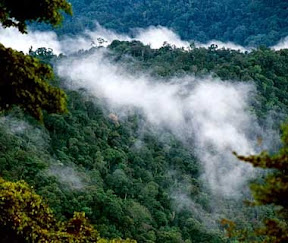 Trees are natural sponges, or “carbon sinks.” The study found that they cumulatively absorbed almost a third of annual fossile fuel emissions, or nearly 2.4 billion tons of carbon. And tropical forests that have been allowed to grow back after deforestation are removing an astounding 1.6 billion tons of carbon from the atmosphere, co-author Josep Canadell told Agence-France Presse.

“This is the first complete and global evidence of the overwhelming role of forests in removing anthropogenic carbon dioxide,” Canadell said. “If you were to stop deforestation tomorrow, the world’s established and regrowing forests would remove half of fossil fuel emissions.”

An international team of climate scientists compiled data spanning nearly two decades, from 1990 to 2007, to present the findings. The central implication, given the capacity of forests to act as safeguards against rising CO2 emissions, is that “forests are even more at the forefront as a strategy to protect our climate,” Canadell said. More >>>