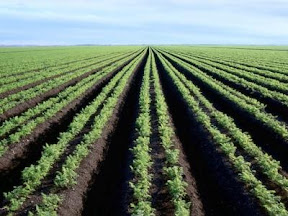 Worldwatch said its researchers interviewed more than 350 farmers’ groups, NGOs, government agencies and scientists over 17 months. The meetings, held in 25 countries across sub-Saharan Africa, addressed issues that hinder the efforts of African farmers to alleviate hunger and poverty.

“People are always saying that Africa needs to feed itself. It can’t do that if the Chinese and the Saudis are taking up the best land for production for food,” Danielle Nierenberg, director of Worldwatch’s Nourishing the Planet project, told Reuters.

The International Food Policy Research Institute reports that 15 million to 20 million hectares of land in sub-Saharan Africa have been purchased by foreign investors between 2006 and mid-2009. More >>>