The Mystery of the (Maybe) Missing Monarchs 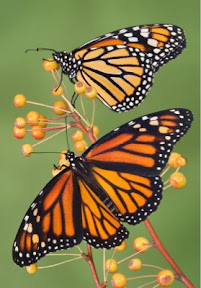 In March, ecologist Lincoln Brower of Virginia’s Sweet Briar College expressed concern that monarchs are perilously close to collapse. But in June, University of Georgia ecologist Andrew Davis found no clear population trend in the counts from two U.S. monitoring stations. Both studies were published in the journal Insect Conservation and Diversity.

“I wrote my paper because I wanted people to see a different side of the story,” said Davis, a member of Monarch Net, a cooperative network of monarch monitoring programs. “I think the situation is not as simple as Dr. Brower and his colleagues make it out to be.”

Brower, who has studied monarchs for 55 years, worries that Davis’ paper will give people a false sense of security. “He’s generated a controversy here that could be detrimental to the conservation of monarchs in Mexico,” Brower said.

Every fall, hundreds of millions of brilliant orange, white and black monarch butterflies migrate south to overwinter in the mountains of Central Mexico. Coming from as far as Canada, the monarchs fly on a combination of air currents, thermals and hard-wired instinct. Butterfly spotters say it can be like seeing an orange blizzard. But despite the athletic feat of these intrepid travelers, their existence is a frail one.

Until spring, the butterflies live in an oyamel fir tree forest no larger than the city of Chicago, clustering against the trees for shelter from winter storms. Though the monarch’s forest is protected as a UNESCO World Heritage site, that hasn’t stopped illegal logging, which Brower describes as “absolutely ferocious.” Full Article >>>