The representatives of the Member States of the Organization of American States (OAS), at a meeting in Washington, DC, approved the draft Declaration of San Salvador for Sustainable Tourism Development in the Americas, which will be considered for final approval by the Ministers and High Authorities of Tourism in San Salvador on September 29 and 30, 2011, in the framework of the 19th Inter-American Travel Congress. 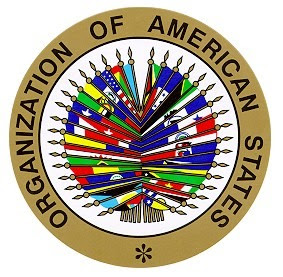 The Preparatory Meeting for the 19th Inter-American Travel Congress was held June 23 and 24, 2011, at OAS headquarters in Washington, DC, and was presided by El Salvador’s Alternate Representative to the Organization of American States, Agustín Vásquez.

The meeting addressed subject areas of cooperation to be financed by the Special Multilateral Fund of the Inter-American Council for Integral Development (FEMCIDI). The delegates identified the following subject areas: competitiveness in the tourism industry, particularly those of micro, small and medium enterprises, and the support for human capabilities development at the public and private levels through training and the use of information and communication technologies; promoting Sustainable Tourism Development, through the mitigation of negative environmental impacts; raising awareness of the importance of maintaining the ecological balance of tourist attractions; the relationship between tourism and other sectors of the economy; and the support for ecotourism and sustainable tourism through dialogue between the public and private sectors.

At the end of the meeting, the Governments of Ecuador and Honduras offered to host the next Inter-American Travel Congress in 2013, a decision that will be made in the upcoming months after consultations among the Member States of the Organization.

Furthermore, a proposal was made to organize a promotional fair for regional tourism to be held during the Congress in San Salvador to further highlight the event and promote tourist attractions in the Americas.

A gallery of photos of the event is available here.

For more information, please visit the OAS Website at www.oas.org.