As almost half of humanity will face water scarcity by 2030, strategists from Israel to Central Asia prepare for strife. 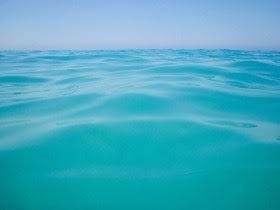 After droughts ravaged his parents' farmland, Sixteen-year-old Hassain and his two-year-old sister Sareye became some of the newest refugees forced from home by war scarcity.

"There was nothing to harvest," Hassain said through an interpreter during an interview at a refugee camp in Dadaab, Kenya which is housing some 160,000 Somalis displaced by a lack of water. "There had been no rain in my village for two years. We used to have crops."

As global warming alters weather patterns, and the number of people lacking access to water rises, millions, if not billions, of others are expected to face a similar fate as water shortages become more frequent.

Presently, Hassain is one of about 1.2 billion people living in areas of physical water scarcity, although the majority of cases are nowhere near as dire. By 2030, 47 per cent of the world’s population will be living in areas of high water stress, according to the Organisation for Economic Co-operation and Development's Environmental Outlook to 2030 report.

Some analysts worry that wars of the future will be fought over blue gold, as thirsty people, opportunistic politicians and powerful corporations battle for dwindling resources. Full Article >>>