Sustainable development must be as much blue as it is green

Seychelles' Permanent Representative to the United Nations, Ambassador Ronny Jumeau, has reminded a United Nations debate on the pathway to sustainable development that the world's oceans, coasts, and small island countries must be included in the concept of a green economy. 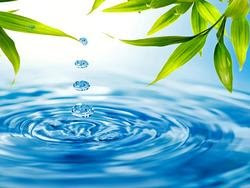 Speaking at the informal debate in the UN General Assembly on the challenges of the green economy held on June 2, Amb. Jumeau stressed that what the small island developing states (SIDS) described as a "blue economy" must be part and parcel of the concept, definition, and development of a climate- and environment-friendly green economy.

"This is something we in the small islands talk about a lot but do not hear about enough," Ambassador Jumeau said, “We cannot build a new eco-friendly and sustainable world economy without factoring in and caring for the oceans, which would require integrating the SIDS.”

He later explained that the push by the SIDS for the "blue" economy to be incorporated within the concept of the global green economy is essentially to ensure that the oceans and marine resources, and consequently the small islands as large ocean territories, are not forgotten or left behind. More >>>