Remote Island Paradise to Be Powered By Coconuts and Sunshine

In the Malay language, the coconut palm is called “pokok seribu guna,” meaning “the tree of a thousand uses.” 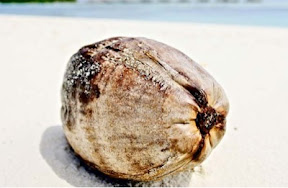 Make that one thousand and one. In just over a year’s time, the entire chain of the Tokelau islands plans to get 100 percent of their energy from a heavenly mix of coconuts and sunshine, according to United Press International.

It is perhaps incontestably appropriate that an island paradise should power itself with its two most plentiful resources. The new energy policy should also help to make these tiny, vulnerable tropical atolls more self-sufficient, as well as send the world a message about the feasibility of locally sourced renewable energy.

Tokelau, a territory of New Zealand, consists of three small atolls located roughly halfway between Hawaii and New Zealand. About 1,500 people call Tokelau home. Since the highest point on the islands is only 16 feet, they are particularly vulnerable to the threat of rising sea levels.

Under the new energy plan, most of the islands’ power — 93 percent — is slated to come from solar energy. The coconut power will supply the remaining 7 percent, and will come into play when skies are overcast or when electricity demand exceeds solar supply.
More >>>