Climate change threatens to hike hunger in the Pacific – report

BANGKOK (AlertNet) – Climate change threatens to increase hunger and malnutrition among millions of poor people in the 14 small and geographically remote island nations of the Pacific unless action is taken, a new report by the Asian Development Bank said. 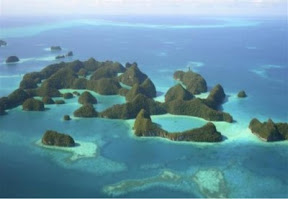 Food Security and Climate Change in the Pacific: Rethinking the Options urged Pacific nations, many of which are in fragile and conflict-affected situations and suffering from slow economic growth rates, to manage natural resources better and increase local food production, particularly of climate-resistant crops such as taro, yam, and cassava.

"Rising temperatures and rising tides due to climate change could reduce food supply in the Pacific,” Mahfuzuddin Ahmed, a senior economist in the Asian Development Bank’s Pacific Department who wrote the report, said in a statement.

“With over 10 million people in developing countries in the region, this is a threat that we cannot ignore," he added.

The region is already seeing a decline in agricultural production per capita and productivity has stagnated, the report said, partly due to an increase in migration from rural to urban areas and also because of fragile ecosystems and a limited natural resource base.

The Pacific is also considered one of the most vulnerable to impacts of climate change such as natural disasters and sea level rises, which are expected to reduce the agricultural output further. More >>>