The Economy, Peak Oil and Permaculture

Richard Heinberg- Senior Fellow at the Post Carbon Institute is a Permaculturist. 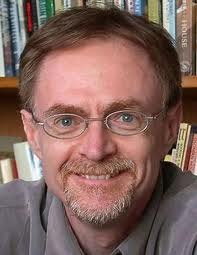 His latest book describes The End of Growth- isn't looking for when the recession will end and we'll get back to "normal". He believes our decades-long era of growth was based on aberrant set of conditions- namely cheap oil, but also cheap minerals, cheap food, etc- and that looking ahead, we need to prepare for a "new normal". The problem, according to Heinberg, is our natural resources just aren't so cheap and plentiful anymore, and he's not just talking about Peak Oil, Heinberg believes in Peak Everything (also the title of one of his books). Heinberg thinks for many, adjusting to a life where everything costs a bit more, could be very hard, but he also thinks the transition to a new normal might actually make life better. "Particularly in the Western industrialized countries we've gotten used to levels of consumption that are not only environmentally unsustainable, they also don't make us happy. They've in fact hollowed out our lives. We've given up things that actually do give us satisfaction and pleasure so that we can work more and more hours to get more and more money with which to buy more and more stuff- more flatscreen tvs, bigger SUVs, bigger houses and it's not making us happier. Well, guess what, it's possible to downsize, it's possible to use less, become more self sufficient, grow more of your own food, have chickens in your backyard and be a happier person." This is not all theoretical. In the backyard of the home Heinberg shares with his wife, Janet Barocco, the couple grow most of their food during the summer months (i.e. 25 fruit & nut trees, veggies, potatoes.. they're just lack grains), raise chickens for eggs, capture rainwater, bake with solar cookers and a solar food drier and secure energy with photovoltaic and solar hot water panels. Their backyard reflects Heinberg's vision for our "new normal" and it's full of experiments, like the slightly less than 120-square-foot cottage that was inspired by the Small Home Movement. It was built with the help of some of Heinberg's college students (in one of the nation's first sustainability classes) using recycled and natural materials (like lime plaster). Heinberg admits it's not a real tiny house experiment since they don't actually live in it- his wife uses it as a massage studio, he meditates there and sometimes it's used as a guest house (though that's hush hush due to permitting issues). But their tiny cottage points to the bigger point behind why a transition to a less resource intensive future could equal greater happiness. "Simplify. Pay less attention to all of the stuff in your life and pay more attention to what's really important. Maybe for you it's gardening, maybe for you it's painting or music. You know we all have stuff that gives us real pleasure and most of us find we have less and less time for that because we have to devote so much time to shopping, paying bills and driving from here to there and so on. Well, how about if we cut out some of that stuff and spend more time doing what really feeds us emotionally and spiritually and in some cases even nutritionally." http://m.youtube.com/#/watch?v=cl8ZHDQQY7I