U.S. Arctic Ambitions and the Militarization of the High North

With back-to-back chairmanships, it gives both countries an opportunity to increase cooperation on initiatives that could enhance the development of a shared North American vision for the Arctic. 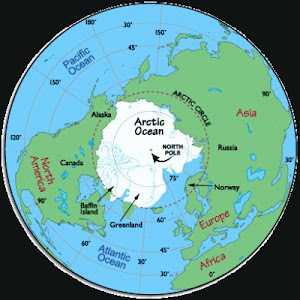 The U.S. has significant geopolitical and economic interests in the high north and have released a new national strategy which seeks to advance their Arctic ambitions. While the region has thus far been peaceful, stable and free of conflict, there is a danger of the militarization of the Arctic. It has the potential to become a front whereby the U.S. and other NATO members are pitted against Russia or even China. In an effort to prevent any misunderstandings, there are calls for the Arctic Council to move beyond environmental issues and become a forum to address defense and security matters.

In May, Canada assumed the chairmanship of the Arctic Council where they will push for responsible resource development, safe shipping and sustainable circumpolar communities. The Arctic Council is the leading multilateral forum in the region and also includes the U.S., Denmark, Finland, Iceland, Norway, Sweden and Russia. During the recent meetings, members signed an Agreement on Cooperation on Marine Oil Pollution Preparedness and Response in the Arctic which seeks to improve coordination and planning to better cope with any such accidents. In addition, China, India, Japan, Singapore, South Korea, along with Italy were granted permanent observer status in the Arctic Council. With the move, China has gained more influence in the region. The potential for new trade routes that could open up would significantly reduce the time needed to transport goods between Europe and Asia. The Arctic is an important part of China’s global vision, as a place for economic activity and a possible future mission for its navy. In order to better reflect the realities of politics in the high north, there are calls to expand the Arctic Council’s mandate to also include security and military issues.

Writing for the National Post, Rob Huebert of the Canadian Defence & Foreign Affairs Institute explained that, “One issue that has not received much attention is the need to discuss the growing militarization of the Arctic. While the Arctic Council is formally forbidden from discussing military security in the Arctic, the time has arrived to rethink this policy.” He went on to say, “The militaries of most Arctic states are taking on new and expanded roles in the region that go beyond their traditional responsibilities, which may create friction in the region.” Huebert also stressed that, “These new developments need to be discussed to ensure that all Arctic Council member states understand why they are occurring, and increase the confidence of members that these new developments are not about a conflict in the Arctic, but about the defence of core strategic interests.” He further added, “It is easy to see how both the Americans and Russians will become increasingly concerned about the security steps that the other is taking. But now is the time for all to openly discuss these developments so that old suspicions and distrusts do not resurface.”

As part of efforts to strengthen Arctic security cooperation, in June, the Northern Chiefs of Defence Meeting was held in Greenland. It brought together representatives from the U.S., Canada, Denmark, Russia, Sweden, Norway, Finland and Iceland. Gen. Charles Jacoby, Commander of North American Aerospace Defense Command (NORAD) and U.S. Northern Command (USNORTHCOM) also attended the event. The second annual gathering was used as an, “opportunity for direct multilateral and bilateral discussions focused on Northern issues. Topics discussed included the sharing of knowledge and expertise about regional operational challenges; responsible stewardship of the North; and the role Northern militaries can play in support of their respective civil authorities.” The Northern Chiefs of Defence meeting has become an essential forum to address common Arctic safety and security concerns.

Ahead of Secretary of State John Kerry’s trip to attend the Arctic Council Ministerial Session in May, the White House unveiled a National Strategy for the Arctic Region. It outlined strategic priorities including advancing U.S. security interests, pursuing responsible stewardship and strengthening international cooperation. The document acknowledged competing environmental and economic goals, but in the end sets an aggressive agenda for the exploitation of Arctic oil, gas and mineral reserves. In addition, the strategy recommended enhancing national defense, law enforcement, navigation systems, environmental response, as well as search-and-rescue capabilities in the Arctic. It also builds off of National Security Presidential Directive-66 issued by the Bush administration in 2009. In coordination with the new plan, the U.S. Coast Guard has released their Vision for Operating in the Arctic Regionwhich will work towards improving awareness, modernizing governance and broadening partnerships. According toJames Holmes, professor of strategy at the U.S. Naval War College, the Coast Guard and Air Force could become the military’s odd couple in defending America’s Arctic front.

Several months back, Congressman Don Young testified in front of Armed Services Committee in support of Alaska national defense priorities. He proclaimed, “We must be able to project power into the Arctic environment and extensive Arctic training is needed to do that.” Some have pointed out that the true nature surrounding U.S. plans to shift additional missile interceptors to Alaska is not to protect against a North Korean threat, but is instead aimed at control over Arctic resources. Meanwhile, there have also been renewed discussions about Canadian participation in the U.S. anti-ballistic missile shield, a move that could damage relations with Russia and China. In order to enhance its presence and security in the Arctic, the U.S. is increasing cooperation with Canada. This includes expanding joint military exercises and intelligence gathering operations in the region. Professor Michel Chossudovsky of Global Research has described Washington’s militarization of the Arctic as part of the process of North American integration.

In December 2012, the U.S. and Canada signed the Tri-Command Framework for Arctic Cooperation which is part of efforts to further merge USNORTHCOM, Canadian Joint Operations Command (CJOC) and NORAD. A press release explained that the framework is designed to, “promote enhanced military cooperation in the Arctic and identify specific areas of potential Tri-Command cooperation in the preparation for and conduct of safety, security and defense operations.” USNORTHCOM, CJOC and NORAD have also pledged to work closer together with regards to planning, domain awareness, information-sharing, training and exercises, capability development, as well as in the field of science and technology. In the coming years, the Arctic will become an even more important part of North American perimeter security.

While the Arctic remains a region of strategic interest to the alliance, Secretary General Anders Fogh Rasmussen recently rejected a direct NATO presence. For a number of years, Norway has been pushing for NATO to increase its focus in the Arctic and have called for more joint northern exercises. Even though NATO has yet to truly define its role in the area, Arctic member countries are stepping up military and naval operations in the high north. In the future, NATO’s mandate could include economic infrastructure and maritime security. It could also serve as a forum for discussing Arctic military issues. Expanding NATO activity in the region might signal the militarization of the Arctic which could raise tensions with both Russia and China.

There are fears that the Arctic could become an arena for political and military competition. With potential new shipping routes and countries further staking their claims to the vast untapped natural resources, defending strategic and economic interests may lead to rivalries in the region. There is also the possibility that conflicts which originate in other parts of the world could spillover and affect the stability of the Arctic. More